Articles written about or by Frank Romano

Bonnie King of Salem-News.com has published an article on the below interview of Frank Romano by Guy Davidi. Bonnie is a journalist and long-term activist in the struggle against injustice, worldwide.
To read it, click on link below:

During a COVERT operation by Israeli operators, Frank Romano was arrested by Israeli police in front of the Bedouin village “Al Khan al Ahmar,” West Bank. He was then held in the Ma’ale Adumin (illegal settlement) police station, then driven to the immigration prison next to the Ben Gurion airport. He was later deported to France. Jacqui Taylor Basker, West View News, The Voice of the West Village, New York City, New York, USA, April 19, 2019. To read it, click on photo below:

Frank Romano supports the efforts of all activists working against the Israeli occupation of Palestine. For example, he supports the group “Palestine 13,” a local group from the Bouches-du-Rhône of the AFPS which published an article encouraging activists not to give up the fight against the destruction of the village “Al Khan al Ahmar ” In this regard, “Palestine 13” recently published an article, also report the efforts of Frank Romano in solidarity with the Bedouins of “Al Kahn Al Ahmar. To read it, click on the link below.

Bonnie King of Salem-News.com has published an article on the below interview of Frank Romano by Guy Davidi. Bonnie is a journalist and long-term activist in the struggle against injustice, worldwide.
To read it, click on photo below:

Tells the Story : Article by Dr. J. Taylor Basker, great summary of the Holy Land crisis, including Dr. Frank Romano’s arrest and his going underground in Palestine to write the ICC complaint against the Israeli government, accused of war crimes. West View News, Manhattan, New York, Dec. 6th, 2018. To read it, click on the link below:

Feature article by Folkgoddess Diane Patterson.  I met her and Finn Juhl at Friday Kickoff Party, Ashland, Oregon at Love Revolution on January 6th. They played for 3 hours that evening without a break. Sheba, Diane’s assistant, helped manage the evening. When Diane sings the world is awaken with her strong voice, rocking guitar, sweet ukulele, and revolutionary lyrics. Beautiful! Thank you Diane. To read the article:

Feature article by Dan Wooding, an award winning British journalist, about Dr. Frank Romano’s work in a war zone and his book: Love and Terror in the Middle East. Dan Wooding also writes about his own experiences in war zones. Assist News Service (ANS), Lake Forest, California. February 27, 2013. To read the entire article, click on the links below:

Grassroots Actions are Key for Peace in the Holy Land

I sincerely believe that one of the keys to peace in the Middle is through grassroots efforts to organized interfaith dialogues, to bring people together when politicians, many religious leaders tend to tear them apart chasing their silver linings. The success of these efforts is directly proportional to the results of the dialogues which are designed to open up people’s hearts to each other, to help them overcome years of negative programming derived from the fear and hate exacerbated by ignorance of each other’s culture and religion. To illustrate that, I use an example of a typical interfaith dialogue I lead that could take place either in Israel or in the West Bank:

To read the entire article, click on link below: 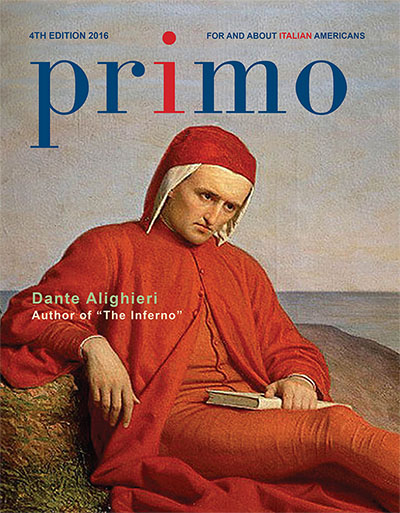 Dr. Frank Romano, INTERVIEW by Truby Chiaviello, PRIMO Magazine, an ethnic magazine about and by Italian Americans. Interview about Romano’s Italian heritage, his book: “Love and Terror in the Middle East, 4th Ed,” his views on the Israeli-Palestinian conflict, the positive impact of activists and the possibilities of a durable peace there, the failures of the US Government in the Middle East, notably in the Holy Land, etc.

To read the entire INTERVIEW, click on the following link and scroll down:
http://www.onlineprimo.com/

Book Release: “Love And Terror: A Peace Activist Enters A War Zone To Help Stop The Conflict And Bring Peace In Israel And Palestine” 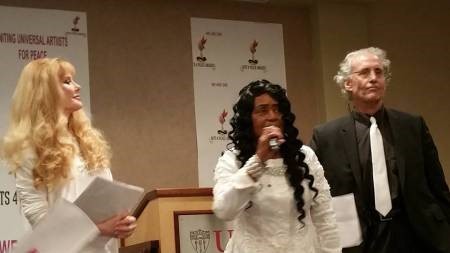 Land Day demonstration, March 30, 2012, Qalandia Checkpoint, The Guardian, UK, journalist, Phoebe Greenwood, interviewed Dr. Romano during the demonstration he helped organize. To read the article, click on the link below (and scroll down):
http://www.guardian.co.uk/world/middle-east-live/2012/mar/30/syria-israel-land-day-palestinian-territories?INTCMP=SRCH#block-20

Part of the interview was published. To read, click on the link below:

Article below published in Arutz Sheva 7 about Aaron Klein’s interview of Frank Romano about the GMJ on WABC radio, New York on March 18th, 2012:
http://www.israelnationalnews.com/News/News.aspx/153979#.T3TUvdXZWSo

Voice of America (VOA) article: Voice of America, News, Middle East, August 5th, 2013: “US Activist Spearheads Grassroots Mideast Peace Effort,” by Faisa Elmasry. It is an article about Dr. Romano’s Middle East peace efforts. . .dialogues, demonstrations he organizes. The article includes interviews (by Faisa Elmasry) of a Muslim Palestinian and an Israeli Jew who participated in one of the events Romano recently organized in Jerusalem (March 28, 2012). To read the article, just click on the link below:
http://www.voanews.com/content/us-activist-spearheads-grassroots-mideast-peace-effort/1723712.html?utm_medium=email

Article published in http://www.Salem-News.com entitled “LIVE RADIO INTERVIEW: Frank Romano, Love & Terror in the Middle East, 4 pm Mon.” It promotes a radio interview at 4 pm, EST, 1250 AM, WHNZ on Monday, Jan. 28, 2013. The interview focused on his book, “Love and Terror in the Middle East, 3rd Edition” which includes a new chapter entitled “Return to Killing Fields.” It recounts the aftermath of the murder of his friend Juliano Mer-Khamis, peace activist, in the Jenin Refugee Camp and the author’s recent return there to search for the buried truth. To read it, click on the website link below:
http://www.salem-news.com/articles/january262013/romano-radio.php

Article published on Jan. 9th in talkbooksworld.com, News desk. It is about Frank Romano’s recent activities in the Middle East organizing interfaith peace dialogues/marches notably in Israel and the West Bank chronicled in “Love and Terror in the Middle East.” To read it, click on the website link below:
http://books.broadwayworld.com/article/Peace-Activist-Frank-Romano-Releases-LOVE-AND-TERROR-IN-THE-MIDDLE-EAST-3RD-EDITION-20130109

Article published on Jan. 14th in NEWZBREAKER by “Bad” Brad Berkwitt, CEO/Publisher newzbreaker.com It is about Frank Romano’s recent activities in the Middle East organizing interfaith peace dialogues/marches notably in Israel and the West Bank chronicled in “Love and Terror in the Middle East.” To read it, click on the website link below:
http://www.newzbreaker.com/2013/01/14/love-and-terror-a-potent-mix-book-news/

Article published on May 11th in The Press Democrat, Santa Rosa, CA, by Martin Espinoza entitled “Interfaith Peace Activist Speaks at Annual Keegan Leadership Awards.” It is about Frank Romano’s recent activities in the Middle East and his original vision that inspired him to organize interfaith peace dialogues/marches notably in Israel and the West Bank. To read it, click on the website link below:
http://www.pressdemocrat.com/article/20120511/ARTICLES/120519859

Article published in the Ashland Daily Tidings entitled “Inner Peace Meets Conflict.” It is about Frank Romano’s methods to help enhance and maintain internal inner peace to give me strength to continue organizing interfaith peace dialogues/marches in the Middle East. It was published in the May 17th, 2012, issue of the Ashland Daily Tidings, Ashland, Oregon. To read it, click on the link below:
http://www.dailytidings.com/apps/pbcs.dll/article?AID=/20120512/OPINION02/205120302&cid=sitesearch

A report written by Frank Romano sent to Tim King who entitled it “Tense times in Palestine between a top government official, and an activist who refuses to not state the truth…” It was published on April 22, 2012 in http://www.Salem-News.com. It is about Frank Romano’s recent heated conversation with Mr. Fayyad, Prime Minister of the Palestinian Authority in the West Bank near Jericho on April 19, 2012. Frank Romano, representing himself, questioned Mr. Fayyad’s inaction with respect to defending non-violent peace activists notably the internationals recently taken prisoner at Ben Gurion Airport in Tel Aviv. To read it, click on the link below:
http://www.salem-news.com/articles/april222012/ramallah-pm-meeting-fr.php

Article published in http://www.Salem-News.com by Tim King entitled “CNN Interviews Author Frank Romano During Global March to Jerusalem.” It is about Frank Romano’s recent activities in the Middle East, notably as one of the organizers of the GMJ, Global March to Jerusalem on March 30, 2012.
http://salem-news.com/articles/april152012/romano-cnn.php